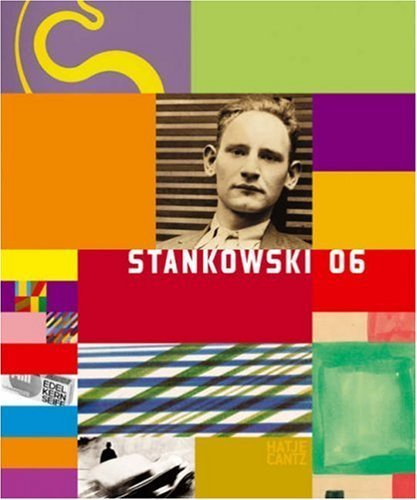 Anton Stankowski began his most serious work in the late 1920s, as a contemporary of the Zurich "Konkretes" who were also influenced by the Bauhaus. He was a decorative painter and printmaker, as well as the creator of masterly, abstract photographs, clever advertising graphics and remarkable logos--outstanding examples of visualization in the applied arts. Over the postwar years, he developed well-known logos for SEL, the Suddeutsche Rundfunk and Deutsche Bank, and a teaching concept for design in Bildplâne. In celebration of Stankowski's centennial birthday, and in demonstration of his accidentally defining remark that "you can create a system for yourself, but you will only become good when you break out of it," this monograph presents the entire spectrum of his surprising and inventive works, which continue to set standards to this day.

Shipping: US$ 27.38
From Switzerland to U.S.A.
Destination, rates & speeds

Book Description Hatje Cantz Publishers, 2006. Condition: Good. A+ Customer service! Satisfaction Guaranteed! Book is in Used-Good condition. Pages and cover are clean and intact. Used items may not include supplementary materials such as CDs or access codes. May show signs of minor shelf wear and contain limited notes and highlighting. Seller Inventory # 3775717439-2-4

Shipping: US$ 8.76
From Switzerland to U.S.A.
Destination, rates & speeds