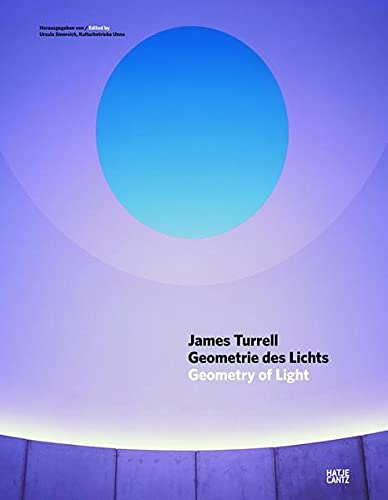 Nobody who has experienced an installation by James Turrell forgets the encounter--he makes light tangible in ways that boggle perception and almost seem to defy physics, as if you could reach into the space you see when you close your eyes. A lifelong explorer of perceptual psychology, Turrell is undoubtedly the most influential contemporary light artist, as well as one of America's most popular artists. In Geometry of Light, the first significant Turrell survey in many years, an extraordinary body of work covering several decades is assessed. At the book's center is the series of works known as Sky Spaces, a signature Turrell conception in which the sky is made to seem "on top of" the room's ceiling, and which has become a mini-genre unto itself within light art. Academic, philosophical and art-historical essays explicate these perceptual spaces, whose evolution is closely allied to Turrell's development of the Roden Crater Project in the Arizona desert, where he began constructing an observatory in 1974. Also included is the latest installation, "Skyspace/Camera Obscura Space," which Turrell conceived for the Zentrum für Internationale Lichtkunst in Unna, Germany.
As an undergraduate, James Turrell (born in Los Angeles, 1943) studied psychology and mathematics, transitioning to art only at MFA level. A practicing Quaker, one of his earliest memories is of his grandmother inviting him to "go inside and greet the light" at Quaker meetings. The recipient of several prestigious awards such as Guggenheim and MacArthur Fellowships, Turrell lives in Arizona.