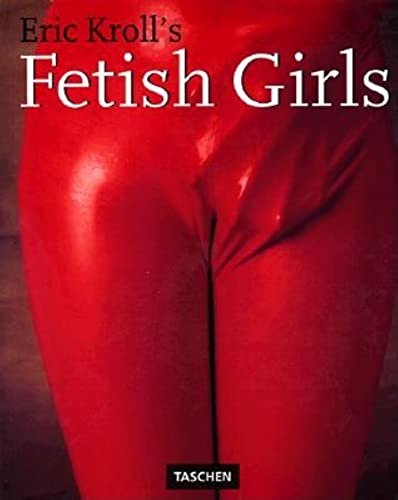 The American King of Fetishism

As a teenager, New York photographer Eric Kroll was excited by women in bondage or high heels à la Betty Page - and he still is. His pictures of models in leather and rubber, bound and gagged, have made his name one of the classics in the bondage world.

Man Ray, Weegee and Eric Stanton were his avowed idols. The American King of Fetishism opens the door on a cabinet of bizarre lust and fantasy, spiced with an unfailing and unmistakable irony.

""Fetish Girls came out in 1994 and I immediately moved with my family from New York City to San Francisco. I wanted a different light to shoot by. I went from a studio to shooting in a classic Victorian mansion. I'm still a fetishist. I live with my muse, Gwen, and my children. I made about a dozen more videos and two books of photo sexual narratives involving Gwen entitled ""The Transformations of Gwen"" Volumes 1 and 2 (NBM Publishing). I am more interested in capturing intimate sexual 'play' than before. The players have to be in heels, hose must be within frame, rubber nearby, with a hint of leather. It is the game of pleasure that I seek on film. Don't come naked to me. Come with attitude and kneel or stand above me. My audience is particular, born as it were, from Fetish Girls.""