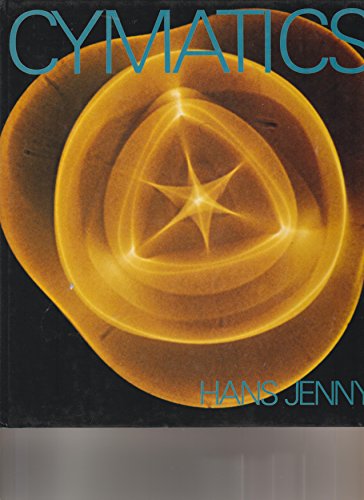 What effects do vibrations produce in a concrete medium? What effects appear in a system and its environment when wave phenomena are inherent in that system? An answer to these questions was sought first of all in the acoustic field, where experiments revealed a characteristic phenomenology of vibrational effects and wave phenomena with typical structural patterns and dynamics (cymatics). Serial phenomena of this kind were presented in our first volume (Cymatics 1967). These studies are continued in this second volume. Here again, methods have been employed in which the phenomenon is treated as a whole and not anatomized. Why is this? When we observe a phenomenon, it is natural to concentrate on one single factor and make it the focus of our attention. Now, if such a factor is abstracted from its context and allowed to dictate our procedure, the investigation tends to become biased and other characteristics of the object under study are easily missed. The attempt must be made to return time and again to the original phenomenon and time and again to look at is with fresh eyes. (from the Introduction)

Book Description Basilius Presse, 1974. Condition: Good. Shows some signs of wear, and may have some markings on the inside. Seller Inventory # GRP91367716

Book Description Macromedia Press. Hardcover. Condition: Used - Very Good. Cymatics, the study of wave phenomena, is a science largely pioneered by the late Swiss scientist Dr. Hans Jenny. This book graphically details his dramatic experiments animating inert substances with sound, showing how inanimate matter is given coherent, organic form and definite periodic motion when infused with audible oscillating frequencies. These intricate, fascinating forms are portrayed in dozens of black-and-white and color photographs. The text describes in detail how the images were produced and their significance within the science of wave phenomena. Very nice clean, tight copy free of any marks. Seller Inventory # 263943