Items related to Andy Warhol: Catalogue Published on the Occasion of...

Andy Warhol: Catalogue Published on the Occasion of the Andy Warhol Exhibition at Moderna Museet in Stockholm, February-March 1968

Andy Warhol: Catalogue Published on the Occasion of the Andy Warhol Exhibition at Moderna Museet in Stockholm, February-March 1968 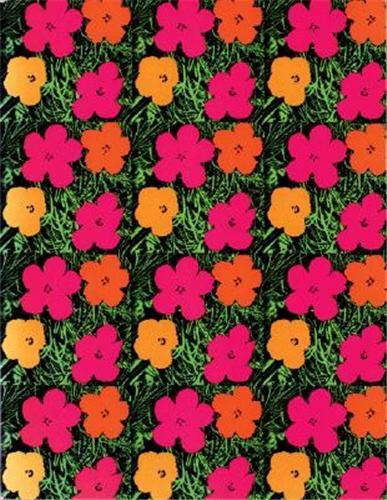 Famed and prized among Andy Warhol aficionados, the Swedish Moderna Museet's massive catalogue for the artist's 1968 solo exhibition was one of the great accomplishments of art publishing. In The Photobook: A History, Vol. II, Martin Parr and Gerry Badger describe it as "a quintessential photobook, cornucopias of photographic imagery in which found photographs, snapshots, photographs by Warhol's associates, photographic reproductions of his 'paintings' (themselves silk-screened photographs) and other kinds of imagery are collaged to talk about one basic subject--the gargantuan ego and artistic talent of Andy Warhol... It is an exhibition catalogue that transcends any limitations that might be suggested by this genre." The text for the Moderna Museet catalogue is also significant: instead of essays, the editors let the artist speak for himself, in a series of quotations published in English and Swedish. Here, Warhol's most famous aphorism first saw print: "In the future everybody will be world famous for fifteen minutes." Most of the images in this book derive from a photo album donated by Warhol to the Moderna Museet that contains several hundred black-and-white photos from his life in the second half of the 1960s. Many were taken by the photographers Billy Name and Stephen Shore, who both got their first assignments through their photographs of artists, rock stars, models, actors and others in the circles around Warhol at the Factory. Other featured photographers in the book include Rudy Burckhardt, Eric Pollitzer and John D. Schiff. For Moderna Museet's fiftieth anniversary in 2008, and its exhibition Andy Warhol: Other Voices, Other Rooms (created in collaboration with the Stedelijk Museum in Amsterdam), Steidl adds to the celebrations by reprinting a new edition of this classic book.

"There will always be a pre- and a post-Warhol," writes Philippe Tretiack, "and that post-Warhol period is having difficulty establishing itself." There also will always be people who consider Andy Warhol's work to represent the beginning of the end of serious cultural life in America. A flagrantly commercial antihero of the gay, big-city subculture, Warhol offended in so many ways. His cheerful, absurdist pop images of Campbell's soup cans, Jackie Kennedy, Marilyn Monroe, and the electric chair made serious subject matter with serious meaning a thing of the past. Everything Warhol did made serious film, painting, drawing, or printmaking look slightly silly. He flaunted his disregard for the pretensions of the fine artist, calling his studio "the Factory," churning out multiples, and publicly insisting that his work could be fabricated by practically anyone (until it was pointed out to him that this would significantly lower his prices).

In an excellent essay in the front of this small book, Tretiack places Warhol historically and esthetically, hitting all the high points of Warhol's flamboyant career and stylishly discussing the legacy of this '60s bad boy. The rest of the book is full of pictures--mostly Warhol's more famous images, but also some snapshots of Andy. Missing are a few pictures of Warhol's graceful, elegant shoe drawings and recipe illustrations, showing the kind of fine-art facility with which the artist began his career. But the rest is packed in here in all its flashy vainglory, including the green-tinged picture of a smiling Tricky Dick Nixon with the hand-lettered admonishment "Vote McGovern." At the end of the book are a brief chronology and a list of captions for the plates. --Peggy Moorman