Items related to And I Was There: Pearl Harbor and Midway- Breaking...

Edwin T. Layton And I Was There: Pearl Harbor and Midway- Breaking the Secrets

And I Was There: Pearl Harbor and Midway- Breaking the Secrets 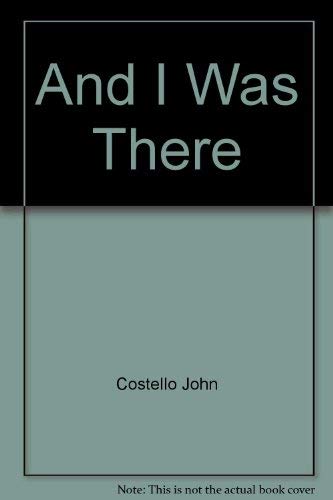 The Pacific Fleet intelligence officer recounts the deciphering of Japanese codes before Pearl Harbor, the failures and mishaps that contributed to the disaster

Rear Adm. Edwin T. Layton, USN (Ret.), was the staff intelligence officer for the Commander in Chief of the U.S. Pacific Fleet from 7 December 1940 to the surrender of Japan.

According to Admiral Layton, the Japanese succeeded at Pearl Harbor because of audacious planning plus a dramatic breakdown in our intelligence service. This failure was caused by feuding among high-level officers for control of the intelligence and radio intercept divisions. Six months after Pearl Harbor, self-serving petty jealousy at naval headquarters almost caused us to lose the decisive battle of Midway. Layton reveals the full details of this deplorable situation and vigorously defends Admiral H.E. Kimmel, naval commander at Pearl Harbor, who was blamed for the disasters. Layton accuses instead some high-ranking naval officers in Washington who failed to pass along the latest intelligence intercepts. There is much new information here. Primarily for specialists with some knowledge of cryptography and intelligence operations, this is essential for comprehensive World War II collections. Stanley Itkin, Hillside P.L., New Hyde Park, N.Y.
Copyright 1986 Reed Business Information, Inc.