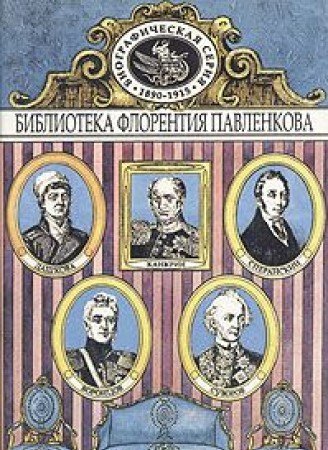 The biographies of famous Russian people of the 18th-19th centuries compiled in this volume were published almost 100 years ago as separate books in the series Lives of Famous People sponsored by F.F. Pavlenkov (1839-1990), one of the largest publishers and editors of his time. E. Dashkova (1743-1810) was the director of the St. Petersburg Academy of Arts and Sciences (1782) and a president of the Russian Academy. A. Suvorov (1730-1800) was a Russian military leader who never lost a battle. The Vorontsovs were a Russian noble family. M.M. Speranskii (1772-1839) was the principal adviser to Alexander I, also known for his exile to Siberia, his governorship, and his subsequent return during the reign of Nicholas I to undertake the tremendous task of the codification of Russian law. E.F. Kankrin (1774-1845), was the finance minister in 1823-44, who first reached a balanced government budget and significantly improved financial might of Russia.