Items related to The Moscow Kremlin 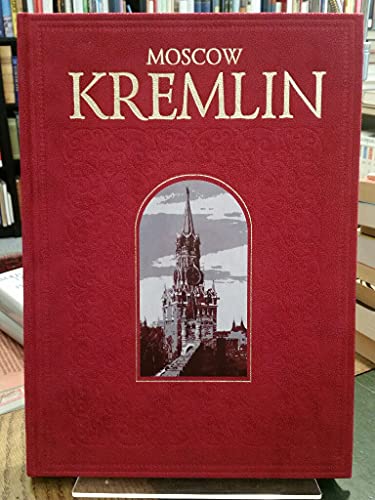 The Kremlin is Moscow's central architectural ensemble, the heart of Russia and symbol of her greatness. It is situated on the high bank of the Moscow River, at the mouth of the Neglinnaya (put into a conduit in the course of-sanitation work and the citycentre reconstruction, in 1816-20). This is the oldest part of Moscow, that as far back as the 11th century was the site of the Slaviansky town and its first manuscript reference dates from 1147. In the early 14th century Moscow became capital of the principality with the white-stone Kremlin developing into an impregnable fortress... The unique look of the Moscow Kremlin - Russia's heart and "Fatherland's altar" with its rich historical past and present - arouses keen interest all over the world, inviting people to discover priceless treasures behind its swallowtail crenellations. The new album by the Moscow photo artist, N. Rakhmanov, helps us delve into the past by introducing us to Kremlin museums, places and cathedrals. The album will attract a broad audience of those interested in Russian history, arts and architecture. This beautiful photo album presents Kremlin in all its magnificence and glamour: towers and walls of Moscow Kremlin, cathedrals of Moscow Kremlin, icons and murals of the interior, Tsar-Canon, Tsar-Bell, Big Kremlin Palace: architecture, halls' decorations, murals, wall- and ceiling-paintings. Reception halls: Georgiy Hall, Vladimir Hall, Katherine Hall, Alexander Hall, Throne Andrey Hall. This album will also feature the exhibitions of famous Kremlin museums. Numerous pictures will show you belongings of Russia' rulers and grandees: weapons, jewelry, daily necessities, etc. The book has more than 300 colorful high quality photos and an interesting story about Kremlin's history, and about architectural ensembles and exhibits. The album is printed on glossy paper. Binding design: silk velvet with embossing. The book is packed into an art designer's case of the same style as the binding.