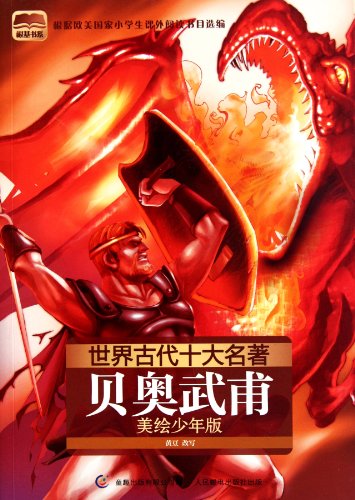 Beowulf- Ten famous Ancient World Works( the youth of U.S. painted version) as the first important works in English literature ,is the earilest history poem that wrote by indigenous languages except for Homer.The story in this book happened in now Denmark and southern Sweden -once was Anglo - Saxon lived (from 5th century to 6th century).The legendary story about Beowulf has kept by characters in Britainon the early 8th century or so.It tells the courageous Beowulf fight with monster, Grand Doyle, and made him die with arm broken.And the mosster's mother wanted to revenge for her son ,and also killed by Beowulf.Later,as a king,when a dragon attacked, he came forward and cut the dragon,however he injuried and died.And his people held a grand funeral for memories.

Book Description paperback. Condition: New. Pages Number: 120 Publisher: People's Post Pub. Date :2011-8-1. This is the Beowulf by soybeans rewritten. The original is the second oldest in Europe after the Roman epic with an epic written in the native language is English literature's first important work. Beowulf in the historical figures. according to records of life in five to six centuries. The equivalent of an epic story takes place in Denmark and southern Sweden now - when the Anglo - Saxon place to live. starting from the mid-fift. Seller Inventory # L43791