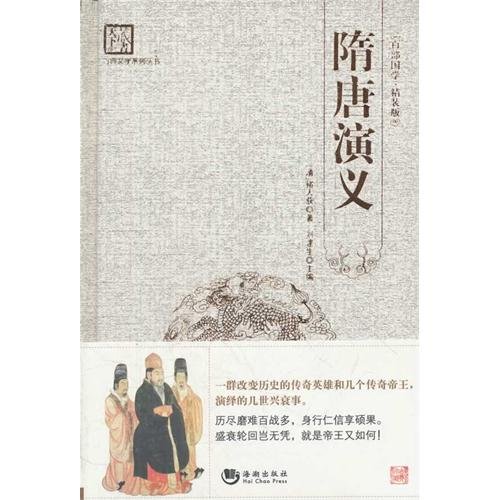 Romance of Sui and Tang Dynasties"" is a novel with the dual nature of both heroic legends and historical romance. It has described one hundred and seventy years of the history of Sui and Tang Dynasties from Emperor Wen of Sui,Yang Jian had crusaded the Southern Chen Dynasty to Emperor Ming of Tang returned to the capital after the ""An Lushan Rebellion"".It consists of three parts:palace stories at the end of Sui Dynasty centre on Emperor Yang of Sui and Zhu Guier;stories of Qin Shubao, Shan Xiongxin,Cheng Yaojin and other heros in troubled times against Sui Dynasty;palace stories of Tang Dynasty before and after the """"An Lushan Rebellion"" centre on Emperor Ming of Tang and Yang Yuhuan.

1. Orientation of the world collection of the Guoxue classic series hardcover