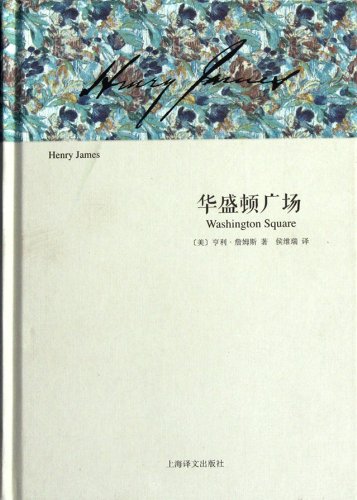 This book is one of the classics of literary master Henry James, which describes a winding but moving love story. It declares fighting between two different views of opinion based on love and money. The protagonist of this story Catherine is a daughter of rich family, who is trapped in Morris Townsend's villainous aim of Catherine's property instead of his sincere love to her. However, her father is sophisticated that he knows everything of Townsend's villainous mind, so he is absolutely against their marriage. Suffered both from love and her father's order, Catherine feels the indifference and coldness of his father and finally he also suffers her fiance's betrayal, all these make her consume her rest of life lonely and sadly in the corner of Washington Square. This story is based on the background of family life of middle and higher class in the mid-19th century, which serves for the basic theme of ignorance and corruption.

Book Description Hardcover. Condition: New. Ship out in 2 business day, And Fast shipping, Free Tracking number will be provided after the shipment.Hardcover Pages Number: 289 Washington Square twists and turns touching love story as the theme revolves around love and money embarked on the struggle of the two values. Catherine. the heroine. is a wealthy lady. were to fall by the quiet demeanor of the property hunt Townsend provocative. but unfortunately her father. the wily. and resolutely oppose their marriage. In love with Fuming torture. Catherine suffered the ruthless father. was the fiance shameless betrayal. only to end up in Washington Square corner of the apartment all alone through the dreary life. Washington Square as the background to the mid-nineteenth century New York upper class family life. Marriage and the money the struggle of the two moral values. the performance of the basic themes of ignorance and corrosion against this James works.Four Satisfaction guaranteed,or money back. Seller Inventory # MV4457