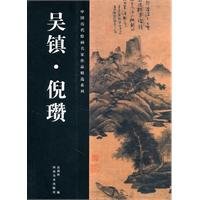 Wu Zhen was a painter during the Yuan dynasty of China. He followed the Dong Yuan school of painting. Following along with trends of the time, Wu's works tended less toward naturalism and more toward abstraction, focusing on dynamic balance of elements, and personifying nature. Ni Zan was a Chinese painter during the Yuan Dynasty. Along with Huang Gongwang, Wu Zhen, and Wang Meng, he is considered to be one of the four ""Late Yuan"" masters. Ni Zan was born into a wealthy family in Wuxi. His style name was Yuan Zhen His pseudonyms were Yun Lin Zi , Huan Xia Sheng , and Jing Man MinHe was born after the death of the Kublai Khan, the Mongolian ruler who defeated the Song and established dominance over all that had traditionally been considered China.