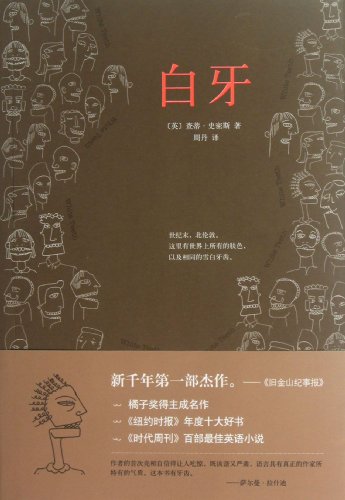 This story takes place in the tumultuous North London at the first rays of the morning sun at the end of the century. There are all kinds of skin colors and the same white teeth here. Agy, who has just ended his thirty years marriage thinks hat where to live, where to die. This is dying in the right path. He should die in that dirty street in the city. But in a strange combination of circumstances, he doesnt die. Six weeks later, he got married again with a 19-year-old black girl and walks in the tumultuous North London. A sad and desolate full-scale drama at the end of century begins.

Book Description paperback. Condition: New. Ship out in 2 business day, And Fast shipping, Free Tracking number will be provided after the shipment.Paperback. Pub Date :2013-07-01 Pages: 399 Language: Chinese Publisher: Nanhai Publishing Company dawn beginning of the end of the century . buzz North London . Here are all the world's color. and the same white teeth. Just finished three years of marriage Aguilar feel . live where it damn where it can be called a worthy death . He damned filthy piece in the city streets . But accidentally. he did not kill me . Six weeks later . he and nineteen -year-old black girl reentry siege. into the buz.Four Satisfaction guaranteed,or money back. Seller Inventory # BR032395