Items related to In the Shadow of Munich: British Policy towards Czechoslovak...

Smetana, Vít In the Shadow of Munich: British Policy towards Czechoslovakia from the Endorsement to the Renunciation of the Munich Agreement (1938-1942)

In the Shadow of Munich: British Policy towards Czechoslovakia from the Endorsement to the Renunciation of the Munich Agreement (1938-1942) 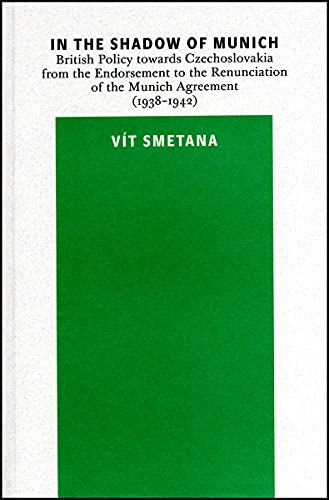 In September 1938, the major powers of Europe convened in Munich to discuss the future of Czechoslovakia in light of territorial demands made by Adolf Hitler. The ensuing agreement signed by Germany, France, Great Britain, and Italy authorized the German takeover of Czechoslovakia’s Sudetenland. Just four years later, however, the British government declared the Munich Agreement void and thus having no influence whatsoever on the future settlements of this region.
With In the Shadow of Munich, Smetana brings a fresh perspective to an often misunderstood epoch of European history. Drawing on his extensive research in British and Czech government archives, as well as numerous diaries and memoirs from the period, Smetana aims to dispel frequent myths and stereotypes that have long influenced interpretations of British and Czech relations immediately before and during World War II. A unique and provocative work, In the Shadow of Munich is essential for scholars of Slavic, Central, and East European studies.

Vít Smetana is a senior research fellow in the Institute for Contemporary History at the Academy of Sciences of the Czech Republic and teaches modern international history in the Faculty of Social Sciences at Charles University in Prague.

1. In the Shadow of Munich