Items related to One Day in the Life of Ivan Denisovich

Solzhenitsyn, Alexander One Day in the Life of Ivan Denisovich

One Day in the Life of Ivan Denisovich 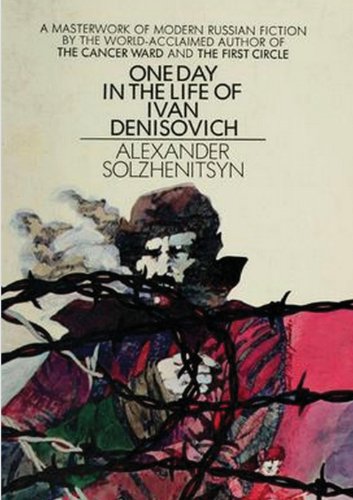 Foreshadowing his later detailed accounts of the Soviet prison-camp system, Solzhenitsyn's classic portrayal of life in the gulag is all the more powerful for being slighter and more personal than those later monumental volumes. Continuing the tradition of the great nineteenth-century Russian novelists, especially Dostoevsky and Tolstoy, Solzhenitsyn is fully worthy of them in narrative power and moral authority. His greatest work.

Solzhenitsyn's first book, this economical, relentless novel is one of the most forceful artistic indictments of political oppression in the Stalin-era Soviet Union. The simply told story of a typical, grueling day of the titular character's life in a labor camp in Siberia, is a modern classic of Russian literature and quickly cemented Solzhenitsyn's international reputation upon publication in 1962. It is painfully apparent that Solzhenitsyn himself spent time in the gulags--he was imprisoned for nearly a decade as punishment for making derogatory statements about Stalin in a letter to a friend.

From the icy blast of reveille through the sweet release of sleep, Ivan Denisovich endures. A common carpenter, he is one of millions viciously imprisoned for countless years on baseless charges, sentenced to the waking nightmares of the Soviet work camps in Siberia. Even in the face of degrading hatred, where life is reduced to a bowl of gruel and a rare cigarette, hope and dignity prevail. This powerful novel of fact is a scathing indictment of Communist tyranny, and an eloquent affirmation of the human spirit.

1. One Day in the Life of Ivan Denisovich

2. One Day in the Life of Ivan Denisovich