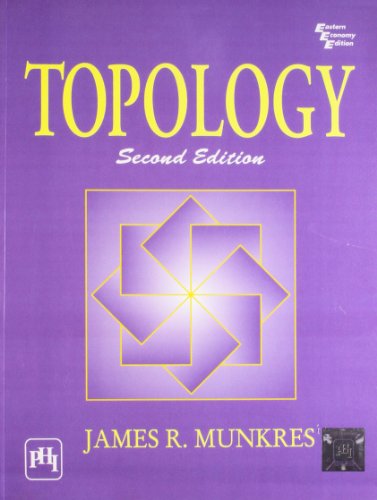 This text suitable for postgraduate students in mathematics offers a clear, comprehensive presentation of the fundamentals of topology. It can also be effectively used at the senior undergraduate level for a basic introduction to the core topics of topology. The book's broad coverage of topics and flexible organization allows instructors to follow their own preferences in the matter of course emphasis. The second edition is divided into two parts-general topology and algebraic topology.