Items related to Bahina Bai: A Translation of Her Autobiography and...

Justin E. Abbott Bahina Bai: A Translation of Her Autobiography and Verses (English and Marathi Edition)

Bahina Bai: A Translation of Her Autobiography and Verses (English and Marathi Edition) 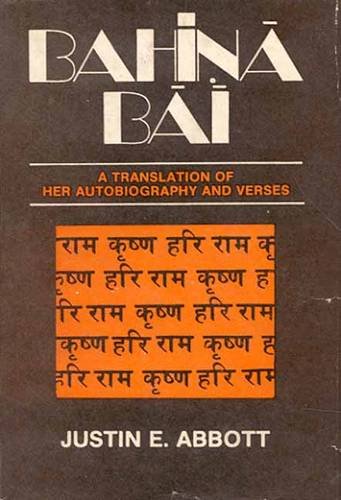 The Maratha people can point with pride to many of their poet-saints who were women of literary ability, wise in philosophy and godly in character. Bahina Bai is one of them. The present work introduces this saint-poetess whose autobiography and verses have been known to but a few outside Maharashtra.

The author has not attempted to translate all the verses of Bahina Bai. Instead, he has chosen such portions as seemed best adapted to give to the English reader the thoughts of this Indian woman that found expression in her verses nearly three hundred years ago.

Bahina`s autobiography, unique in Marathi literature, supplies all that is known of her. But it covers only the details of her early years. For her later years with their mental struggles, temptations, perplexities and thoughts of approaching death one has to gather from her verses such details as she has made possible.