Items related to Miracles of Numerology 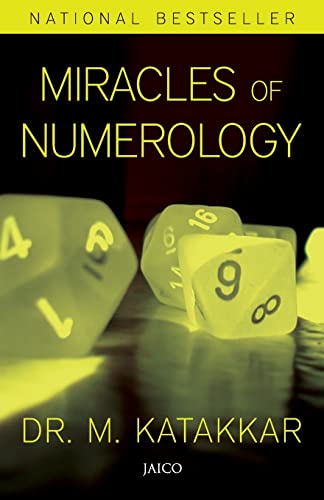 The study of Numerology has its own principles, its alphabets, its languages, its terminology and its significance. In the pages of this book, Dr. M. Katakkar explores the occult significance attached with numbers. It is an authentic and comprehensive book on the mystery of numbers as revealed by the ancient masters and covers all available knowledge on the subject based on author's long study and research for over four decades. This book will serve as an important reference book to all students of numerology and a handy guide to laymen interested in searching for answers to their questions through the science of numerology.

Rabindranath Tagore (1861-1941) became the first non-Westerner to win the Nobel Prize in 1913. Among the writers to have translated his work are Gide, Neruda, Pasternak and Akhmatova. His world tours featured debates with figures as diverse as his friend and admirer Gandhi, Einstein and H.G. Wells. He composed the national anthems of both India and Bangladesh. Joe Winter, born in London in 1943, taught English until retiring in 1994 and moving to Calcutta. He has published a book of his own poems, Guest and Host, in 2003, as well as his translations of the Bengali poet Jibanananda Das (also published by Anvil).

2. Miracles of Numerology (Paperback or Softback)