Items related to The Making of Womanhood: Gender Relations in the Mahabharata

Shah, Shalini The Making of Womanhood: Gender Relations in the Mahabharata

The Making of Womanhood: Gender Relations in the Mahabharata 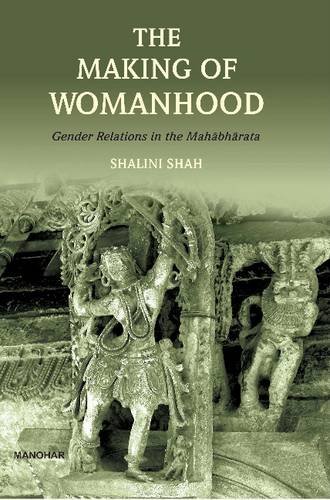 This second edition tries to answer concerns about Mahabharata as a source for history and about continued relevance of patriarchal construct in writing a new womens history. While there is no need to interpret structures as monolithic or beyond changes of time, the scale of that change cannot always be measured in terms of just technology and political formation of a given chronological span. Variations in womens lives will have to be seen at the micro level such as the varieties of households and the domestic, reproductive and sexual arrangements therein. In analysing the mechanism of patriarchal domination the structures of lineage, residence, forms of marriage, property relations and sexuality are subjected to a critical analysis. A systematic attempt has also been made to use the theories and findings of social anthropology for this purpose. Apart from material existence the symbolic valuations given to women in androcentric societies play a significant role in constructing their status as abala. The volume also juxtaposes these emasculated women with raksasi and svairini who inhabit a space that is spatially and ideologically freer of masculinist constructs. This volume will be invaluable to scholars of Gender Studies, Culture, Religion in South Asia and Ancient Indian History.

1. Making of Womanhood: Gender Relations in the Mahabharata

4. Making of Womanhood : Gender Relations in the Mahabharata