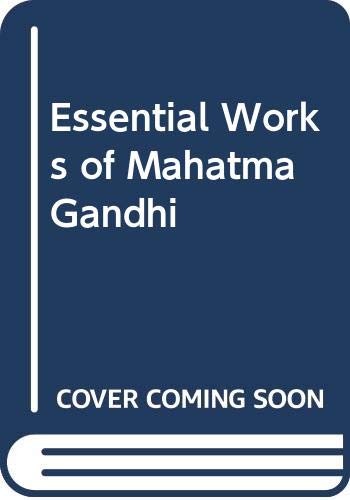 COVERS THE EARLIEST PHASE OF GANDHI'S LIFE. INCLUDES SEVERAL PETITIONS HE ADDRESSED TO THE GOVERNMENT OF GREAT BRITAIN.

Buy Used
The present volume covers the earliest... Learn more about this copy

Book Description Indian Publishers, 1993. The present volume covers the earliest phase of Gandhis life. He was abroad for most of this period. He was either in England as student or in South Africa as a lawyer. The period covered in this volume relates to an important stage in Gandhis life. It depicts his conflict with the Government of South Africa over the discrimination of Indians. The volume begins with London Diary which Gandhi used to maintain as a student. Another significant document is the Green Pamphalet which highlighted the humiliating treatment to which the Indians in South Africa were subjected to. Gandhi spent his time during his stay in India in educating people by addressing public meetings in Bombay and Madras. These events were misrepresented to the Whites in South Africa. They were infuriated and waited for him for his return to take revenge. The volume includes several petitions he addressed to the Government of Great Britain against anti Indian legislation and many personal and general letters Gandhi addressed to prominent personalities like Dadabhai Naoroji Lord Ripon and other public leaders in England and India. The volume provides a graphic account in Gandhis own words of the conditions prevailing in South Africa at the turn of the century. It was during this period that he prepared for himself his future path of agitation and the gradual evolution of Satyagraha. (jacket) 408 pp. Seller Inventory # 100001628