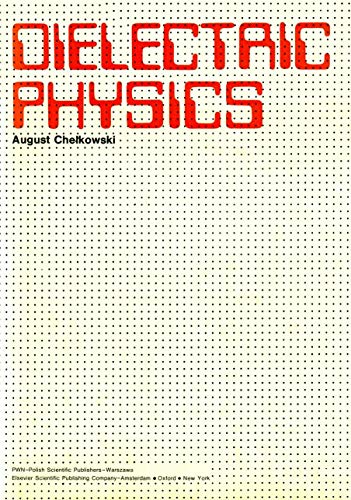 The book is primarily concerned with the gaseous and liquid states. The author gives a comprehensive treatment of the quantities characterizing a free molecule, such as polarizability and dipole moment, as well as of the phenomena which permit determining these quantities. For this reason, in addition to polarization and refraction (Chapter I), also the electro-optical Kerr effect and classical light scattering are discussed (Chapter III). Emphasis is laid on the phenomena of molecular orientation (Chapters III and IV) and on molecular interactions, particularly in the liquid phase. Considerable space is devoted to non-linear dielectric effects (NDE), which have so far been neglected in the literature. NDE is one of those molecular orientation phenomena which are very sensitive to intermolecular and intramolecular interactions. Polish physicists take the credit for initiating and developing this field of research. Professor August Chelkowski is Head of the Solid-State Physics Department at the Institute of Physics, Silesian University, Katowice, Poland. He is the author of a large number of papers, review articles and monographs on the physics of dielectrics and metals.