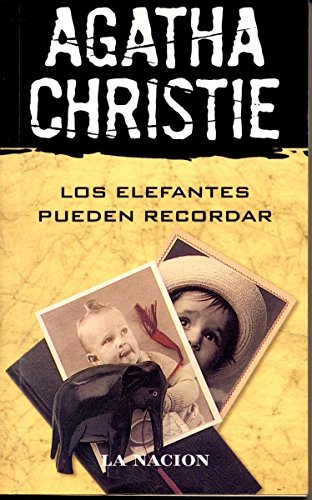 Hercule Poirot is determined to solve an old husband and wife double murder that is still an open verdict! Hercule Poirot stood on the cliff-top. For here, many years earlier, there had been a tragic accident -- the broken body of a woman was discovered on the rocks at the foot of the cliff. This was followed by the grisly discovery of two more bodies -- a husband and wife -- shot dead. But who had killed whom? Was it a suicide pact? A crime of passion? Or cold-blooded murder? Poirot delves back into a crime committed 15 years earlier and discovers that, when there is a distinct lack of physical evidence, it's just as well that 'old sins leave long shadows'!

Book Description Molino, Editorial. Paperback. Condition: Good. A copy that has been read, but remains in clean condition. All pages are intact, and the cover is intact. The spine may show signs of wear. Pages can include limited notes and highlighting, and the copy can include previous owner inscriptions. At ThriftBooks, our motto is: Read More, Spend Less. Seller Inventory # G8427285779I3N00

Book Description Molino, 2000. Condition: Good. A+ Customer service! Satisfaction Guaranteed! Book is in Used-Good condition. Pages and cover are clean and intact. Used items may not include supplementary materials such as CDs or access codes. May show signs of minor shelf wear and contain limited notes and highlighting. Seller Inventory # 8427285779-2-4