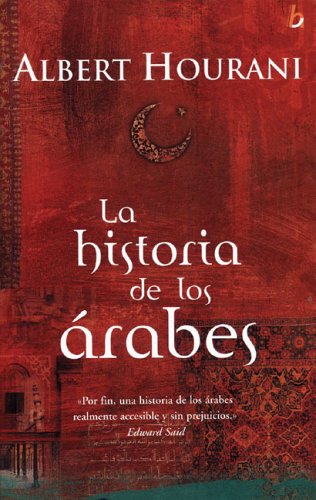 Beginning in the 7th century, when Islam began to spread from the Arabian peninsula to the West, and working through to the modern day, this study effectively documents the history of Arab peoples and their relationship to the major turning points in world history. The expansion of Islamic monotheism to countries as widespread as Egypt, Syria, and Morocco is described, as is the rise and fall of the Ottoman Empire, the expansion of European commerce during the 19th century, the surge of nationalism and statehood in the 20th century, the transformation of the Arab culture by modern influences, and the reaffirmation of the Islamic identity in recent decades.

Book Description Ediciones B. Paperback. Condition: Good. A copy that has been read, but remains in clean condition. All pages are intact, and the cover is intact. The spine may show signs of wear. Pages can include limited notes and highlighting, and the copy can include previous owner inscriptions. At ThriftBooks, our motto is: Read More, Spend Less. Seller Inventory # G8466615385I3N00

Book Description Ediciones B, 2007. Condition: Good. A+ Customer service! Satisfaction Guaranteed! Book is in Used-Good condition. Pages and cover are clean and intact. Used items may not include supplementary materials such as CDs or access codes. May show signs of minor shelf wear and contain limited notes and highlighting. Seller Inventory # 8466615385-2-4