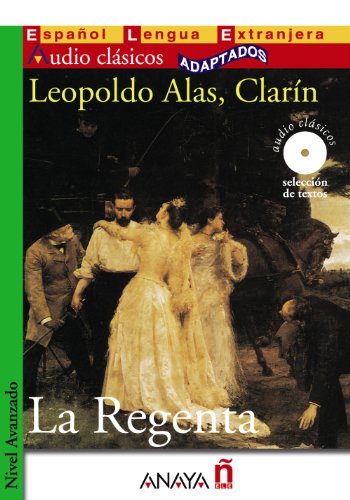 Adaptation of a 19th century Spanish novel about a married woman and the two suitors who compete for her. Includes activities, and audio CD with selections from the text.

Leopoldo Alas (1852–1901) was the author of another novel, Su único hijo, short stories and critical essays.
John Rutherford is a fellow of Queen’s College, Oxford, and award-winning translator of the Penguin Classics edition of Don Quixote. For his translation of La Regenta he was decorated by King Juan Carlos of Spain.