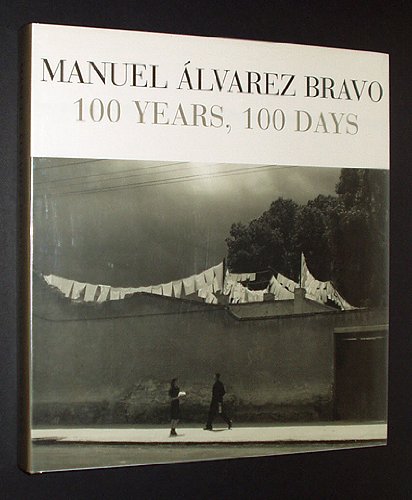 Massive retrospective collection of the photographer's work. Limited Edition of 1000 copies. Published simultaneosuly with the trade edition in Spanish of 3000 copies. A magisterial book: Oversize-volume format. A very large and heavy book. Cloth boards with titles on spine, as issued. Photographs by Manuel Alvarez Bravo. In pictorial DJ, as issued. Presents Manuel Alvarez Bravo's life-work, which established him as the greatest Latin-American photographer of the 20th century and a national treasure in his native Mexico. Bravo turned 100 in 2002 and a celebration of his unsurpassable achievement was clearly in order. The book is a fitting tribute to a great artist who proved that being an artist is one of the best ways to live a long and happy life. Manuel Alvarez Bravo died on October 19, 2002 and his centenary has thus taken on a sad note as well as the intended celebratory one. His death was mourned by his countrymen and his millions of admirers throughout the world. The photographer's last book, a celebration of an artist's life lived to the fullest. © 2005, ModernRare.com