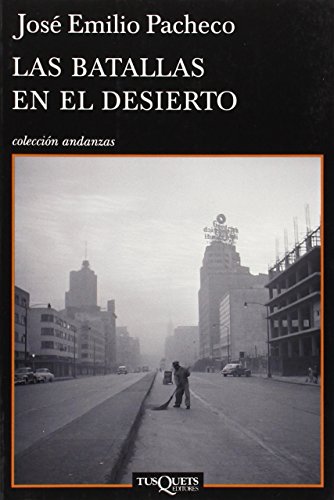 Jose Emilio Pacheco (born June 30, 1939 in Mexico City) is a Mexican essayist, novelist and short story writer. He is regarded as one of the major Mexican poets of the second half of the 20th century. He has taught at UNAM, as well as the University of Maryland, College Park, the University of Essex, and many others in the United States, Canada and the United Kingdom. He has been awarded the following prizes: Premio Cervantes 2009, Reina Sofía (2009), Federico Garcia Lorca (2005), Octavio Paz (2003), Pablo Neruda (2004), Ramón López Velarde (2003), Alfonso Reyes (2004), José Asunción Silva (1996), and Xavier Villaurrutia. He was elected by unanimous acclaim to the Mexican Academy (Academia Mexicana de la Lengua) on March 28, 2006. He has been a member of The National College (El Colegio Nacional) since 1986.