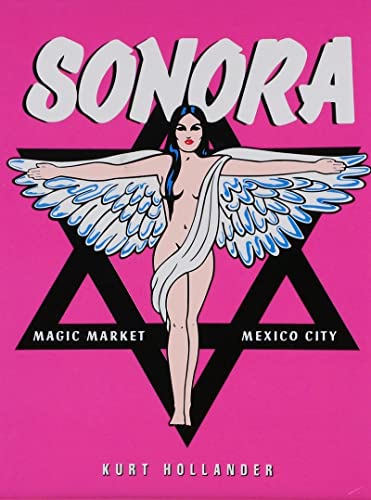 Known locally as the "witchcraft market," the Sonora Market in Mexico City undoubtedly has the cure for what ails you. According to pilotguides.com, Sonora has "rattlesnake skins, desiccated hummingbirds and dried fox skins as well as the live articles like iguanas, frogs and squirrels..." It houses what is arguably the highest concentration of shamans, santeros, voodoo and natural remedies in the world. Stalls are flooded with a seemingly infinite variety of powders, sprays, soaps and incense that claim, through bright colors and delightfully kitschy illustrations, to help one find a job, money or love, to ward off evil spells or help children do well in school. Though much of the appeal of this volume comes from the numerous reproductions detailing the pop aesthetic that has been developed to advertise these aids, a look at the instructions and prayers that accompany the products reveals a darker world of extreme economic, spiritual and sexual suffering. The book contextualizes these advertisements within a culture where magical thinking offers hope to those in desperate search of a panacea.
Editor and writer Kurt Hollander is originally from New York City, and has been living in Mexico City since 1989. He writes for The Guardian and The New York Times. He is also the author of El Super (2006), a visual study of Mexican consumer products.

Kurt Hollander writes for The Guardian and The New York Times.