Items related to Politicized Society: The Long Shadow of Taiwan’s... 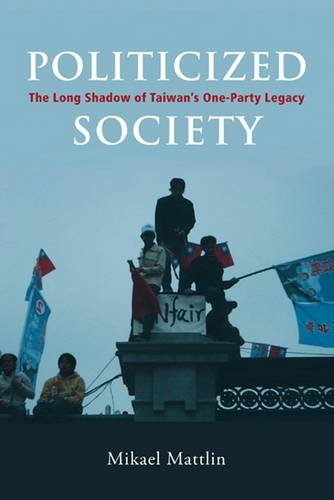 This book explores a relatively uncharted area of democratic transitions: the empirical study of intensely politicized transitional societies. In particular, it addresses the problems of protracted democratic transitions that occur when a one-party state has been incompletely dismantled.Due to an initially smooth political transition from one-party authoritarianism to multi-party politics, Taiwan’s gradual process of democratization has been celebrated as one of the most successful cases of political transformation. Unfortunately, this political transition was not completed and, especially since 2000 when the first non-Guomindang president was elected, the country has been marked by protracted political struggles together with an intense politicization of Taiwanese society that persists to this day. The author argues that this "structural politicization" stems from the interplay of five structural features: an incremental political transition from a one-party system that left old political divisions intact, strong vested interests in the patronage system, a constitution that enhances the power split, Taiwan’s geopolitical cleavage, and a social structure that facilitates political mobilization.
However, the book maintains that this is not enough to explain the shortcomings of Taiwan’s democratic politics or those in other transitional democracies. Rather, it argues that, when an old dominant party like the Guomindang continues to survive even after the end of one-party rule, the process of political liberalization and transition contains within itself the seeds of structural politicization. As such, not only does this study have empirical value―warning that extreme politicization is the main internal threat to the sustainability of Taiwan’s democratic politics―but also its analysis is pertinent to the situations of many other transitional democracies around the world.

Dr Mikael Mattlin is a senior lecturer and adjunct professor at the University of Turku. A fluent Mandarin speaker, he has specialized in the politics, foreign policy and political economy of Greater China since 1995.