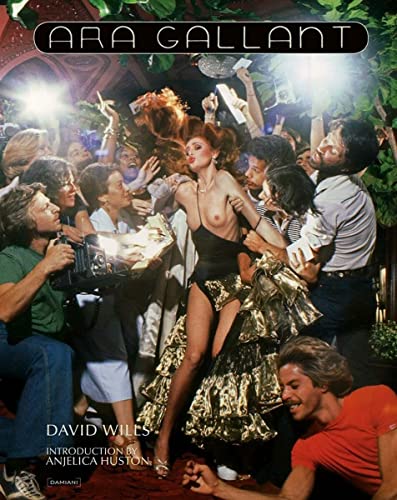 He was born Ira Gallantz in 1932 in the Bronx, but later changed his name to the more exotic-sounding Ara Gallant―and the life he led was indeed an exotic one. Gallant began his professional career in fashion as a hairdresser, working at Bergdorf Goodman department store in New York as one of the city's top colorists. In the mid-1960s, he was approached by Vogue and began to work exclusively on photo assignments, the first hair stylist to be paid to fulfill such a role. Gallant went on to work with many of the great fashion photographers of the period, Richard Avedon, Irving Penn and Bert Stern among them. Perhaps his most notable contribution as a stylist was the introduction of “flying hair,” an effect he first used on an Avedon shoot with iconic model Twiggy in 1966, and which is still widely employed today. By the early 1970s, Gallant had begun shooting his own pictures, his first assignment being a set of celebrity portraits for Interview magazine. His work often juxtaposed classic Horst-like compositions with contemporary scenarios. In the early 1980s, Gallant moved to Los Angeles to pursue a directing career, which never happened; in 1990, he committed suicide in a Las Vegas hotel room. This new book tracing Gallant's life and career is edited by David Wills and features photographs by Richard Avedon plus a foreword by Anjelica Huston.

When it comes to glamour, the 1970s can be distilled into a few simple highlights: dangerously red lips, after-hours glitter, and really, really big hair. The man largely responsible for it all is Ara Gallant―the hairstylist turned photographer whose work filled the pages of Vogue and Interview from the late '60s to early '80s. (Isabel Wilkinson The Daily Beast)