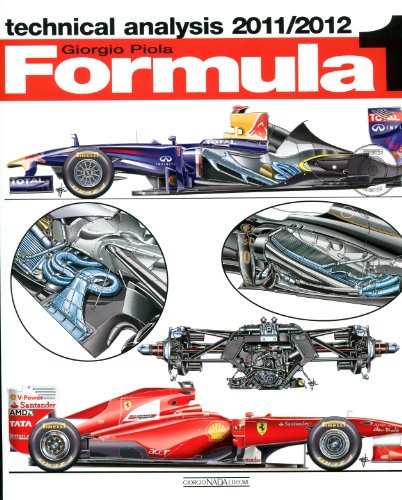 2010 saw the most closely fought Formula 1 World Championship for many years. The expert Giorgio Piola was again on hand to analyze the various development phases conducted by the various teams during the course of the championship, with brief but exhaustive texts accompanying hundreds of full-color technical drawings. The book is completed with a detailed section devoted the leading cars of the 2011 season.

Giorgio Piola was born in Genoa in 1948 and since 1969 he has been a journalist and television commentator on all Formula One World Championships. Since 1994, he has been the author of the book Formula One Technical Analysis, in which he analyzes the evolution of the cars year-by-year.

Book Description Giorgio Nada Editore, 2011. Paperback. Condition: GOOD. Has little wear to the cover and pages. Contains some markings such as highlighting and writing. Supplemental materials are not guaranteed with any used book purchases. Seller Inventory # 887911526X_abe_gd