Items related to The Book of WTF Poomsae Competition

The Book of WTF Poomsae Competition 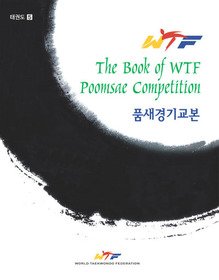 The WTF has devoted much of its energy and time to ensuring fairness in refereeing and judging at taekwondo competitions, mostly centered around kyorugi or sparring. Taekwondo is largely divided into two types: a contact taekwondo called kyorugi or sparring, and a non-contact taekwondo called poomsae or fixed patterns of taekwondo movements. The popularity of poomsae, the essence of spiritual taekwondo as a martial art, is growing rapidly around the world, in the wake of the success of the 2nd WTF World Taekwondo Poomsae Championships in Incheon, Korea. I strongly believe that poomsae would further activate taekwondo as a sport for all, thus helping increase the number of WTF membership from the present 188 to over 200 in the near future.