The Imjin War: Japan's Sixteenth-Century Invasion of Korea and Attempt to Conquer China 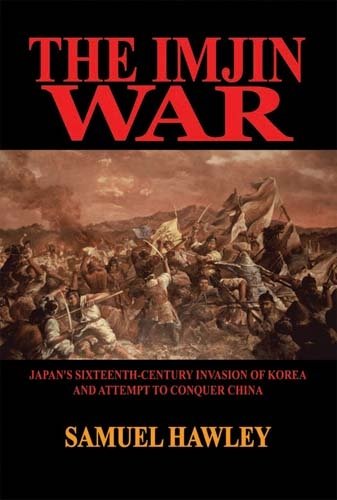 In May of 1592, nearly three hundred and fifty years before the attack on Pearl Harbor, Japanese dictator Toyotomi Hideyoshi sent a 158,800-man army aboard a thousand ships from Kyushu to Pusan on Korea's southern tip. Its objective: to conquer Korea, then China and then the whole of Asia.The Imjin War is the most comprehensive account ever published in English on this important event, so little known in the West. It begins with the political and cultural background of Korea, Japan, and China, discusses the diplomatic breakdown that led to the war, describes every major incident and battle from 1592 to 1598, and introduces a fascinating cast of characters along the way: Hideyoshi himself, Korea's admiral Yi Sun-sin, Chinese commander Zhao Chengxun, and kisaeng Chu Non-gae.

Samuel Hawley was trained as a historian at Queen's University in Kingston, Canada, earning BA and MA degrees. He has lived in East Asia for the past seventeen years, first in Japan and now Korea, where he is an assistant professor of English at Yonsei University in Seoul and a member of the governing council of the Royal Asiatic Society, Korea Branch.

1. The Imjin War: Japan's Sixteenth-Century Invasion of Korea and Attempt to Conquer China

4. The Imjin War: Japan's Sixteenth-Century Invasion of Korea and Attempt to Conquer China