Items related to The Christian Churches and the Democratization of Africa... 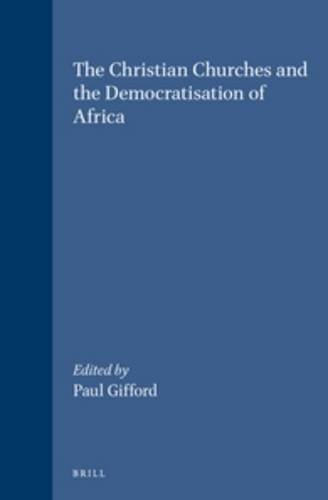 This volume focuses on the role Christian churches have played in Africa's democratisation movements since the late 1980s. In some cases churchmen have presided over national conferences; in many, Christians comprise arguably the most significant segment of civil society. In some countries pastoral letters have challenged dictators; in others, churches have provided an essential support for the status quo.
The book comprises both theoretical analyses and case studies. The theoretical discussions include the history of Church-State relations; theology and democracy; Pentecostalism and democracy; the problems of consolidating democracy. The 13 case studies sketch the historical context, and then critically examine developments up till late 1993.
The book will prove particularly useful to students of Third World Christianity, African historians and political scientists, and all interested in the socio-political role of Christianity.

1. The Christian Churches and the Democratization of Africa