Items related to Athena in the Classical World

Athena in the Classical World

Athena in the Classical World 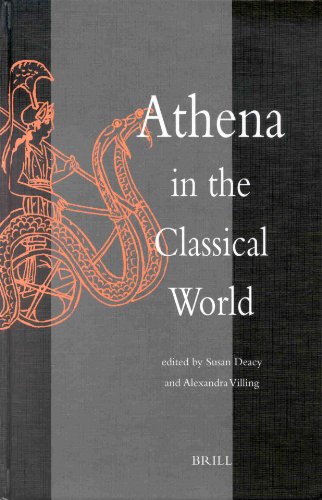 Among ancient Greek deities, none has enjoyed as rich a life as Athena - goddess of war, wisdom and the arts - and she continues to fascinate and challenge today.
This volume sheds light on the goddess more comprehensively than has previously been attempted. It brings together the latest research, centring on Greek and Roman religion, literature and archaeology, yet also encompassing ancient Near Eastern, Indo-European, and modern interpretations. Cults and myths are explored, as are political, social, and gendered roles, and art historical and etymological developments. Recurrent themes are investigated, as are the many dividing lines and contradictory aspects which characterise representations of the goddess.
The volume will enhance our understanding of Athena, and will be a source of inspiration for new ideas and interpretations for years to come.

Susan J. Deacy, Ph.D. (2000) in Classics, University of Wales, is Honorary Research Fellow at the University of Manchester. She has published on a range of aspects of Athena in Greek myth, and is the co-editor of Rape in Antiquity. Sexual Violence in the Greek and Roman Worlds (London 1997).
Alexandra Villing, D.Phil. (1998) in Classical Archaeology, Oxford University, has worked extensively on the iconography and cult of Athena in ancient Greece, and has various publications on this topic. For her current research on ancient Sparta she is based in Athens.

1. Athena in the Classical World