Items related to The Empire of Cnut the Great: Conquest and the Consolidation...

Bolton, Timothy The Empire of Cnut the Great: Conquest and the Consolidation of Power in Northern Europe in the Early Eleventh Century (Northern World)

The Empire of Cnut the Great: Conquest and the Consolidation of Power in Northern Europe in the Early Eleventh Century (Northern World) 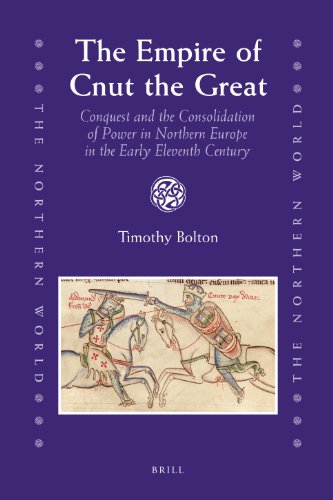 Drawing on a wide range of types of evidence this book offers a fresh impression of the ‘empire’ built by King Cnut (1016–1035) in England and Scandinavia, and offers insights into contemporary developments in the conceptions of this new dominion.

The reign of King Cnut the Great (1016a "1035) marks a pivotal point in the history of both England and Scandinavia, yet his conquests and his consolidation of power remain under-appreciated and rarely studied. Almost all existing scholarship has been geographically centred on either England or Scandinavia. However, this study, through a series of studies of individual aspects of his rise to power in those regions, seeks to encompass his entire dominion, and cast new light on our understanding of the nature of this political unit and contemporary figuresa (TM) conceptions of it. The result is a fresh impression of a number of aspects of Cnuta (TM)s rise to power as well as a new interpretation of this a ~empirea (TM).

Timothy Bolton, Ph.D. (2005) in Anglo-Saxon, Norse and Celtic, Corpus Christi College, Cambridge, is the Specialist in Western Medieval Manuscripts at Sotheby's. He has published a number of studies in journals such as Medieval Scandinavia and Nottingham Medieval Studies on various aspects of Anglo-Scandinavian rule in England and Scandinavia.