Items related to Dutch figure drawings from the seventeenth century 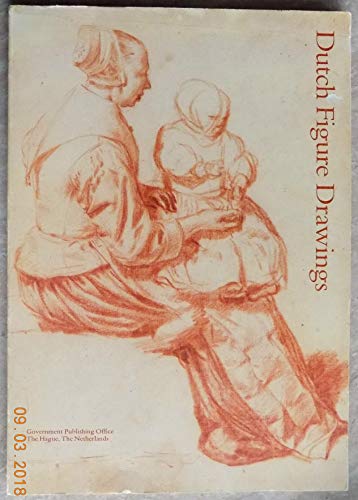 Contrary to our conception of Italian and Spanish drawing, figure studies are not the first works that come to mind when one imagines the panorama of Dutch drawing from Holland's flourishing period. One might think first about the quiet landscapes of Van Goyen, river views under a high sky with a ferry-boat transporting travelers, or about cattle with a shepherd in the shade of a willow as depicted by Cuyp or Potter. Another will see Ruisdael's heavy trees, Molijn's views of dunes, or the woods of Waterloo. For many the images are lively scenes at a public house by Ostade or colorful ice scenes by Averkamp; and nobody will forget the butterflies and insects, and the shells and flowers which were famous in such great numbers throughout the entire 17th century. Studies of the human figure are, initially, somewhat out of the picture. And what about Rembrandt then? Yes, those who think about his drawn cruvre see directly next to his biblical compositions, landscapes, beggars, and Orientals, nude models posing at the border of light and dark, rapid and precise figure sketches with the reed pen, sometimes four or five together on one sheet. In the extremely versatile cruvre of Rembrandt we find our first ideas about Dutch drawings corrected and now figure drawings by other artists also appear in the field of vision. Through closer observation these drawings appear in always greater numbers, in ever richer variation of type, and in unexpected colorful nuances of drawing techniques and materials. Among them one recognizes here and there one among a selection of 'One Hundred Drawings from the Golden Age', or 'Seventeenth Century Drawings from Public Collections. By now they seem to be accompanied by a whole crowd of family members, several generations that are very different from one another, all of them silent and waiting to be brought to speak.