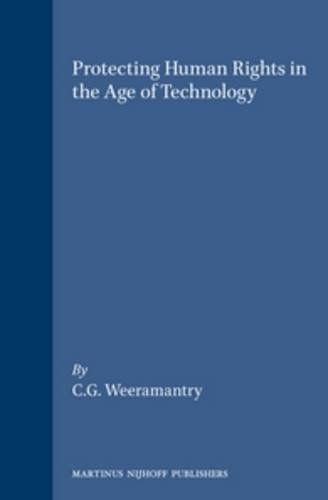 This work, an important bridge between the worlds of science and law, is one of a series, but may be purchased separately. It is one of the most detailed studies thus far on the interrelationship of science and technology with the growing discipline of human rights. Apart from general perspectives, it also deals specifically with the obligations of doctors, engineers, nuclear scientists, computer technologists, genetic engineers, genetic counsellors, mining technologists, and others.
No library of science, medicine, engineering or technology of any description should be without it, for it provides an irreducible minimum of human rights knowledge, without which these disciplines cannot function in the next century with due regard to their social and human rights implications.
Not all scientists will agree with all the author's views, but he poses them challengingly and brings into the open a number of major issues which can no longer be ignored.
The volume is a plea for an interdisciplinary and broad-based approach to scientific problems, scientific education, and continuing education of scientists. It places the scientific endeavour in its overall social and human rights context in a manner which neither students of science nor established scientists can ignore. With an approach which is both imaginative and practical, it explores the future of scientific endeavour in a humanistic perspective.