Items related to Competition Law and Economics: Advances in Competition... 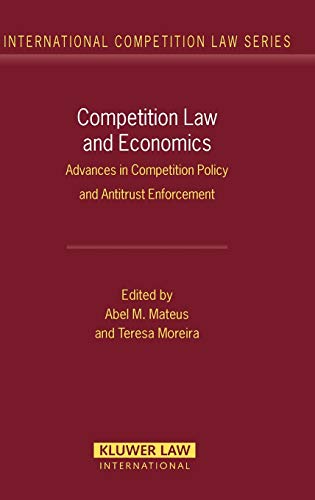 Everyone recognizes that competition is the process by which companies are induced to offer consumers the lowest prices and introduce innovations to earn higher profits. Antitrust enforcement should focus on real competition problems, on behaviour that has actual or likely restrictive effects on the market, and which harms consumers; it should be aimed at protecting competition and not competitors. A real revolution in the application of European competition law took place with the modernization package implemented in the last few years, involving the now-decentralized application of Articles 81 and 82 EC, new merger regulations, and the ongoing review of guidelines for the prosecution of abuses of a dominant position. This book presents the proceedings of the First Lisbon Competition Law and Economics Conference under the auspices of the Portuguese Competition Authority. It was a ground-breaking event in which leading European judges and competition enforcers, as well as some of the leading world economists and law professors on competition issues, took a critical look at the instruments of competition policy conceived to implement EC Regulation 1/2003, with a broader focus on modernization in the EU and in the USA. In wide-ranging discussions they evaluated theories of harm to competition for the most frequently-occurring types of abusive behaviour, and developed guidelines for a competition policy that offers both an economically sound framework and a workable and operational tool for making rules that can be enforced effectively and with a reasonable degree of predictability.

Among the many issues arising in the proceedings recorded in this book are the following: