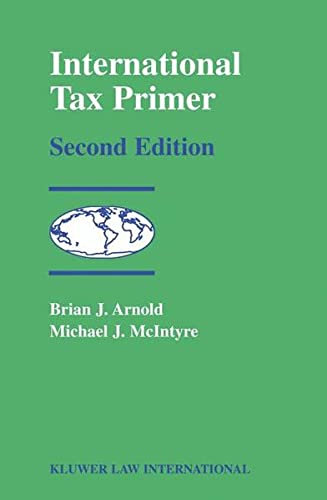 The international aspects of income taxation have become increasingly important as countries worldwide have become more economically integrated. International Tax Primer provides an introduction to the policies that countries seek to advance with their international tax rules, with numerous examples drawn from the practices of both developed and developing countries. It grew out of the authors' work with the OECD in conducting seminars on international tax for tax officials in countries emerging from the collapse of the Soviet Union.

The book strikes a balance between the specific and the general by illustrating the fundamental principles and structure of international tax with frequent reference to actual practice in a variety of countries. Coverage includes: