Items related to Society, Religion, and Poetry in Pre-Islamic Arabia... 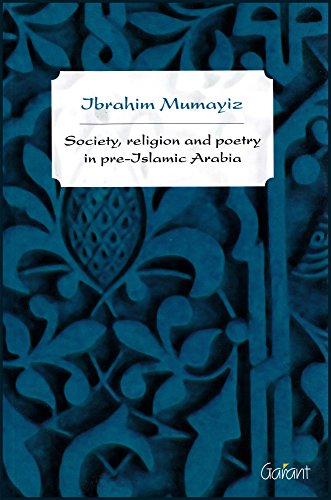 The growing diversity of our society means that we are increasingly confronted with foreign cultures and their art forms. The Western Canon has in recent years lost some of its monopoly in favor of influences from the Middle and Far East. This offers quite a few new perspectives, but for these cultures it is not always self-evident to find their way to a Western audience. The different language, the lack of familiarity with Arabic society, and several other cultural aspects hinder an easy access and interest. This is definitely the case for early-Arabic literature. One of the most important poetic works from pre-Islamic Arabia is The Mu'allaqat or 'The Hanging Poems.' These odes can be considered as the best poetic work in a tradition that spans six centuries (from the first to the sixth century AD). They describe in poetic form the early-Arabic life of the bedouin communities in great detail, and are widely read, praised, and studied in Arabic schools and universities. This book is devoted to making these odes accesible for a Western audience. The first part consists of seven essays that provide a thorough insight of the society in which these odes originated, with sharp critical analyses of the country; its overview of pre-Islamic Arabia, with an emphasis on the influence of Christianity; the Nabataeans, the reign of the fourth century Queen Mavia; and an analysis of the structure of pre-Islamic poetry. The second part consists of a poetic translation of The Mu'allaqat in English. (Series: Arabic Literature Unveiled, Vol. 1) [Subject: Arabic Studies, Sociology, Poetry, History, Literature]