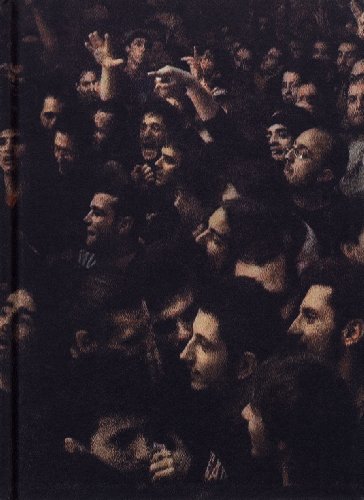 Craigie Horsfield's incredibly moving photographic and video meditations on the phenomenon of the crowd elicit a magical sensation of life passing by at great speed, with both warmth and sadness. Horsfield grasps that the very idea of the crowd transforms itself constantly, both in specific circumstances of congregation (such as dance) and as an historical phenomenon: today we rarely envisage a crowd as a positive agency of social change, for example. Commonly identified as a photographer, Horsfield has often worked in other media--video, sound, drawing, performance and installation--but this volume broaches new terrain, reproducing a series of tapestries titled Confluence and Consequence (a title which might stand for the artist's fascination with crowd activity). The rich metaphors of weaving in relation to crowds, and the warmth of fabric itself, responding to Horsfield's imagery, are amply conveyed in this beautifully produced volume.