Items related to Idea of Consciousness: Synapses and the Mind

Bennett, Max R. Idea of Consciousness: Synapses and the Mind

Idea of Consciousness: Synapses and the Mind 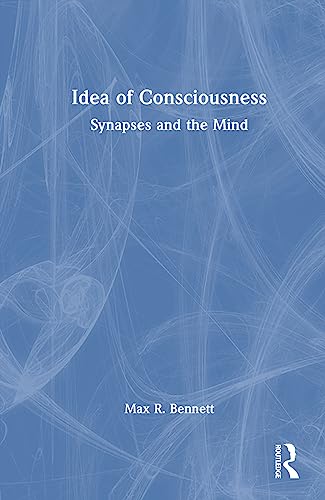 The Idea of Consciousness examines the problem of how the working of synaptic connections might give rise to consciousness, and describes the current neuroscientific concepts and techniques used to identify and explore those parts of the brain that may be involved. This book will serve as an invaluable and stimulating introduction to the subject. Beautifully illustrated, it is a must for anyone who is curious about consciousness.

Jeffrey Bennett received a B.A. in biophysics from the University of California, San Diego (1981) and a Ph.D. in astrophysics from the University of Colorado, Boulder (1987). He currently spends most of his time as a teacher, speaker, and writer. He has taught extensively at all levels, including having founded and run a science summer school for elementary and middle school children. At the college level, he has taught more than fifty classes in subjects ranging from astronomy, physics, and mathematics, to education. He served two years as a visiting senior scientist at NASA headquarters, where he helped create numerous programs for science education. He also proposed the idea for and helped develop the Voyage Scale Model Solar System, which opened in 2001 on the National Mall in Washington, D.C. In addition to "The Cosmic Perspective," he has written college-level textbooks in astrobiology, mathematics, and statistics, and a book for the general public, "On the Cosmic Horizon" (Addison-Wesley, 2001). He also recently completed his first children's book, "Max Goes to the Moon" (Big Kid Science, 2003). When not working, he enjoys participating in masters swimming and in the daily adventures of life with his wife, Lisa, his children Grant and Brooke, and his dog, Max. Megan Donahue is an associate professor in the Department of Physics and Astronomy of Michigan State University. Her current research is mainly on clusters of galaxies: their contents--dark matter, hot gas, galaxies, active galactic nuclei--and what they reveal about the contents of the universe and how galaxies form and evolve. She grew up on a farm in Nebraska and received a bachelor's degree in physics from MIT, whereshe began her research career as an X-ray astronomer. She has a Ph.D. in astrophysics from the University of Colorado, for a thesis on theory and optical observations of intergalactic and intracluster gas. That thesis won the 1993 Trumpler Award from the Astronomical Society for the Pacific for an outstanding astrophysics doctoral dissertation in North America. She continued post-doctoral research in optical and X-ray observations as a Carnegie Fellow at Carnegie Observatories in Pasadena, California, and later as an STScl Institute Fellow at Space Telescope. Megan was a staff astronomer at the Space Telescope Science Institute, when she joined the MSU faculty. Megan is married to Mark Voit, who is also a frequent collaborator of hers on many projects, including "The Cosmic Perspective" and the raising of their three children, Michaela, Sebastian, and Angela. Between the births of Sebastian and Angela, Megan qualified for and ran the 2000 Boston Marathon. She hopes to run another one soon.

Nicholas M. Schneider is an associate professor in the Department of Astrophysical and Planetary Sciences at the University of Colorado and a researcher in the Laboratory for Atmospheric and Space Physics. He received his B.A. in physics and astronomy from Dartmouth College in 1979 and his Ph.D. in planetary science from the University of Arizona in 1988. In 1991, he received the National Science Foundation's Presidential Young Investigator Award. His research interests include planetary atmospheres and planetary astronomy, with a focus on the odd case of Jupiter's moon Io. He enjoys teaching at all levels and is active in efforts to improve undergraduate astronomy education. Off the job, he enjoysexploring the outdoors with his family and figuring out how things work.

Mark Voit is an associate professor in the department of Physics and Astronomy at Michigan State University. He earned his A.B. in astrophysical sciences at Princeton University and his Ph.D. in astrophysics at the University of Colorado in 1990. He continued his studies at the California Institute of Technology, where he was a research fellow in theoretical astrophysics, then moved on to Johns Hopkins University as a Hubble Fellow. Before coming to Michigan State, Mark worked in the Office of Public Outreach at the Space Telescope, where he developed museum exhibitions about the Hubble Space Telescope and was the scientist behind NASA's HubbleSite. His research interests range from interstellar processes in our own galaxy to the clustering of galaxies in the early universe. He is married to co-author Megan Donahue, and they try to play outdoors with their three children whenever possible, enjoying hiking, camping, running, and orienteering. Mark is also author of the popular book "Hubble Space Telescope: New Views of the Universe,"

Matthew Bennett MA, FSA, FRHistS, has been a senior lecturer at the Royal Military Academy Sandhurst since 1984. He went to King's College London, completing a first degree in History and an MA in Medieval History. He co-wrote, with Nicholas Hooper, ‘ The Cambridge Illustrated Atlas of Warfare: The Middle Ages, 768-1487’ . Matthew has also published many academic articles on chivalric and crusader warfare.

1. The Idea of Consciousness

2. Idea of Consciousness: Synapses and the Mind

3. Idea of Consciousness: Synapses and the Mind

6. The Idea of Consciousness: Synapses and the Mind