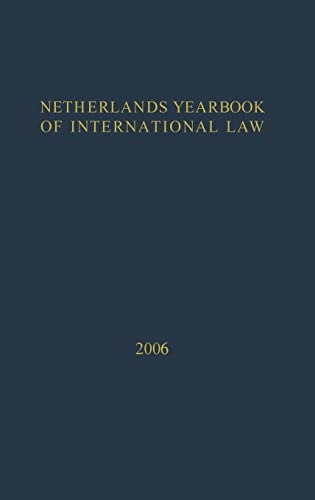 Two major factors brought about the establishment of the Netherlands Yearbook of International Law: demand for the publication of national practice in international law, and the desire for legal practitioners, state representatives and international lawyers to have access to the growing amount of available data, in the form of articles, notes etc. The Documentation section contains an extensive review of Dutch state practice from the parliamentary year prior to publication, an account of developments relating to treaties and other international agreements to which the Netherlands is a party, summaries of Netherlands judicial decisions involving questions of public international law (many of which are not published elsewhere), lists of Dutch publications in the field and extracts from relevant municipal legislation. Although the NYIL has a distinctive national character it is published in English, and the editors do not adhere to any geographical limitations when deciding upon the inclusion of articles.

This unique bilingual edition comprises the official English version of the Award, as well as a French translation. It includes an Introduction by Colin Warbrick, Professor of Public International Law at the University of Birmingham. It also comprises an arbitral award rendered under PCA auspices concerning a dispute between two European States, Belgium & the Netherlands, thus offering specific regional interest.