Items related to Walking Two Roads: Accord and Separation in Chinese...

Walking Two Roads: Accord and Separation in Chinese and Western Thought 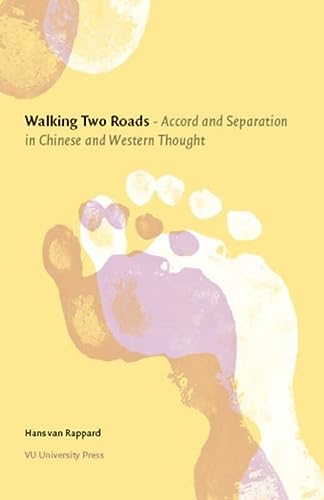 In comparing Chinese and Western thought, this study explores each group’s world view as well as their thoughts on the relationship between humans and the surrounding world and the mind versus consciousness. It particularly details the similarities and differences between Daoism and Chinese Buddhism and Epicureanism and Stoicism, two Greek schools of philosophy, emphasizing how while both the Chinese and the Greeks learned how to live in the now,” the Chinese centered this viewpoint around the body, while the Greeks saw it as a strictly rational pursuit. Overall, this analysis demonstrates how even though in many instances the East and West perceive the world differently, their lifestyles can still be quite similar.

Hans van Rappard is an emeritus professor at the VU University in Amsterdam where he has taught history and theory of psychology.

1. Walking Two Roads: Accord and Separation in Chinese and Western Thought