Items related to Interpretation and Application of Tax Treaties in North...

Interpretation and Application of Tax Treaties in North America 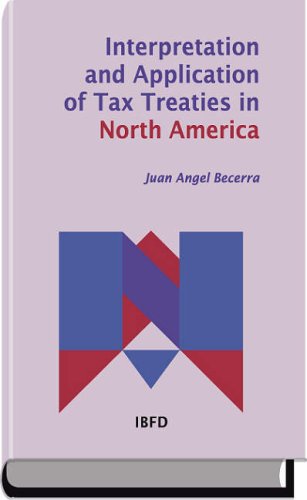 The interpretation of tax treaties has never been easy. Sometimes we simply need to understand the mentality of the person when they interpret and apply a tax treaty. For example, what can be good faith for some people can be treaty override for their counterparts. Certainly the courts in Canada, the United States and Mexico have reasoned all of their tax treaty interpretation cases in a different manner. Thus, it is possible that if a case is resolved in one court, the ruling may be different had the same case been brought to a court in another country. More than 100 countries have a tax treaty concluded with Canada, the United States or Mexico. As such, it is helpful for tax practitioners worldwide to understand the criteria used by the courts in these countries when interpreting a tax treaty. This book presents the reader with an in-depth overview of the materials, court cases and mutual agreement procedures implemented in these three countries. In addition, it provides a background to the development of tax treaty law and the information necessary to interpret a tax treaty based upon the principles codified in the Vienna Convention of the Law of Treaties.

Juan Angel Becerra has an LL.M. in International Taxation from Leiden University, and a Masters in Tax Law in Mexico. Before founding his own consulting firm in 2006, he was an international tax partner with KPMG in Mexico and was responsible for the Mexican Centre of Excellence of KPMG Mexico in New York. Juan specializes in advising multinational enterprises on cross-border mergers and acquisitions and financial transactions. He is a frequent speaker at universities and international tax seminars around the world.