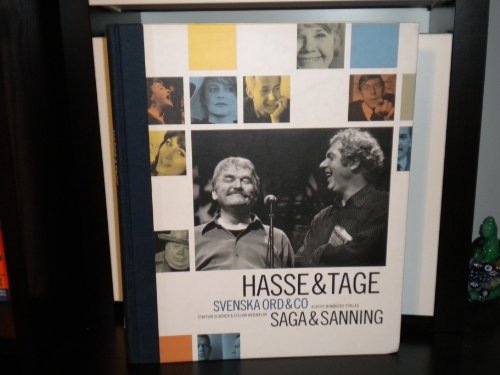 With Hans Alfredson and Tage Danielsson and Company Swedish Word opened a brilliant entertainment era. From the 50th century to the Tages untimely death in 1985 they gave us headstrong, imaginative, intellectually brilliant and especially entertaining productions that have become an integral part of our common heritage. Revues, skits, films, radio and television programs, books, poems - all of it was the result of the Tage-called "voluntary insanity as it is born out of comedy."