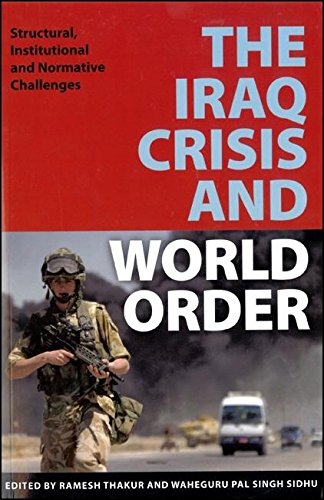 The Iraq war was a multiple assault on the foundations and rules of the existing UN-centered world order. It called into question the adequacy of existing institutions for articulating global norms and enforcing compliance with the demands of the international community. The war was simultaneously a test of the UN's willingness and ability to deal with brutal dictatorships and a searching scrutiny of the nature and exercise of American power. The UN Security Council is the core of the international law enforcement system and the principal vehicle for pursuit of multilateral goals. The United States' emergence as sole superpower after the cold war distorted the structural balance in the UN schema. The United States has global power; the United Nations is the fount of international authority. Progress toward a world of a rules-based, civilized international order requires that U.S. force be put to the service of lawful international authority. This book examines these major normative and structural challenges from a number of different perspectives.

Ramesh Thakur is a distinguished fellow at the Centre for International Governance Innovation and professor of political science at the University of Waterloo, Canada. He previously served as senior vice-rector of the United Nations University and assistant secretary general of the United Nations. Waheguru Pal Singh Sidhu is a faculty member at the Geneva Centre for Security Policy.

Book Description United Nations University Press. Paperback. Condition: As New. An apparently unread copy in perfect condition. Dust cover is intact; pages are clean and are not marred by notes or folds of any kind. At ThriftBooks, our motto is: Read More, Spend Less. Seller Inventory # G9280811282I2N00

Book Description United Nations University Press, 2006. Condition: Good. A+ Customer service! Satisfaction Guaranteed! Book is in Used-Good condition. Pages and cover are clean and intact. Used items may not include supplementary materials such as CDs or access codes. May show signs of minor shelf wear and contain limited notes and highlighting. Seller Inventory # 9280811282-2-4