Items related to Indigenous and Western Medicine in Colonial India 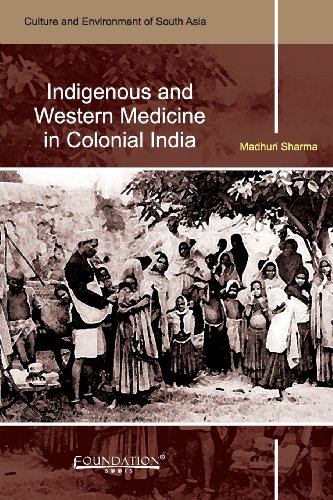 This book delves into the social history of medicine and reflects on the complexity of social interaction between indigenous and western medicine in colonial India. The book draws upon a host of authentic sources such as tracts, pamphlets, brochures, booklets of various medicine shops and drug manufacturing companies functioning in the colonial era. This work analyses the medical market and entrepreneurship in medicine in colonial India. It deconstructs the then prevalent 'advertisements', treating them both as a reflection on the contemporaneous values and lifestyles and as a medium for the creation of medical consumers.

Emphasizing upon the question of class, gender and racial discriminations, the book also examines the interest generated by modern medical equipment such as the stethoscope and the thermometer, and the way in which these were used to reinforce the norms of social hierarchy and the purdah system. This work also focuses on several debated issues such as birth control, sexuality, and the principles of brahmacharya. The book would be a useful read for sociology and history graduates, as well as researchers and medical professionals.