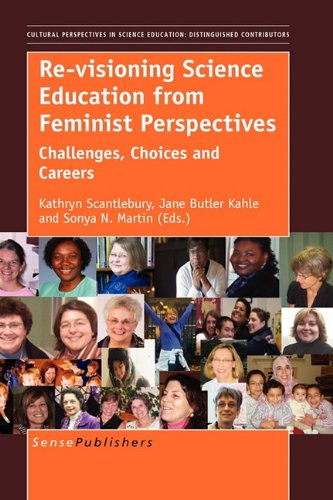 Women in science education are placed in a juxtaposition of gender roles and gendered career roles. Using auto/biography and auto/ethnography, this book examines the challenges and choices of academic women in science education and how those challenges have changed, or remained consistent, since women have become a presence in science education. The book's contributors span a temporal and spatial continuum and focus on how a variety of issues relate to the paradoxes for academic women in science education. Science is characterized as a masculine endeavor, while teaching is described as "women's true profession". Thus, female academics involved in science education are positioned in two paradoxes. First, as teachers they are involved in a feminized profession. However, within that profession, women faculty in science education work in a discipline viewed as a masculine enterprise. Further, these women work in educational institutions that have higher status and prestige than their sisters in elementary, middle or high schools. Second, female professors are "bearded mothers". Women who have engaged in science education value rationality and logic and assume authority as participants in academe. The use of logic, the acceptance of authority and the assumption of power are masculine gender-stereotyped characteristics. This situation places women in a paradox, because others, including peers and students, expect them to display stereotypic female gender dispositions, such as mothering/nurturing, sacrificing their needs for others, and a commitment to the institution. The topics include: discussing how their engagement with science impacted their career trajectories and re-direction from science to science education, the relationships of cultural and racial factors on career trajectories, and the dialectical relationship between women's private|public lives and their agency (collective and individual) in the academy and its enactment within academic fields. The book documents the lives and careers of academic women in science education from the United States, Australia, the Caribbean, United Kingdom, and Europe.