Items related to The Fortifications of Cartagena de Indias - Strategy... 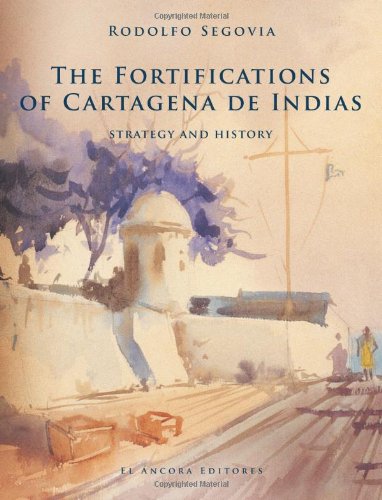 Years of peace have freed Cartagena from fear of military attack. Today, its ramparts are picturesque reminders of bygone days. In Colonial times the people of Cartagena had a different perception: they lived for over three centuries under protection of stone structures laid out to discourage the enemy, and for them, the city's defenses were much more than a quaint sight. Spaniards high and low knew too well that fortresses correctly designed, solidly built, wisely equipped and, of course, well defended were essential for protection of life, honor and property. The rich often helped defray costs of construction and repair. The fortifications of Cartagena stemmed from fear, real and imagined, of hostile sails on a menacingly close horizon. This book tells about the efforts of men who driven by local and imperial interests studied the city's military weakness and attempted, stone by stone, to correct them. Its purpose is to asses the strategic ideas that gave birth to forts and ramparts and to chronicle events connected with their planning, building, and, of course, military history. The book contains no detailed descriptions of each bastion which might clutter reading although in the narrative much is told about the city itself and about how it evolved from its founding in 1533 to Independence in 1821.

Born in Colombia, Rodolfo Segovia is a graduate of MIT with a master's degree in Latin American History from the University of California, Berkeley, and a post-graduate certificate in Economic Development from the French Institut Internacional de Recherche en Vue du Développement Harmonisé (IRFED). He has been president of petrochemical companies and of the Colombian National Oil Company, minister of Public Works and Transportation and Senator of the Republic. He is a trustee of the University of Los Andes and a member of the Colombian Academy of History and the Cartagena Academy of History. He is the author of The Lake of Stone: Geopolitics of Spanish Fortifications in the Caribbean (1586-1786), Bogotá, 2006, among many other publications.